A Washington roommate agreement presents the structural language required to describe a well-rounded roommate arrangement. These living arrangements are becoming increasingly popular as they afford people the opportunity to rent a property that would otherwise be beyond their financial reach. It is easy to see how such an arrangement may be beneficial. However, one must approach such a situation responsibly. Generally, it is considered a good idea for the roommates to talk things through before moving in together. If each roommate participates in a clear discussion beforehand, each roommate will be represented in the final agreement. Thus, a roommate who is a college freshman, a post-doc biologist, or a nurse seeking to save money will be able to have their concerns and requirements addressed. Similarly, the Master Tenant(s) will have a signed pledge that each roommate intends to pay his or her portion of the rent and utilities. This form will include the minimum relevant topics that should be addressed by each roommate in a robust agreement. 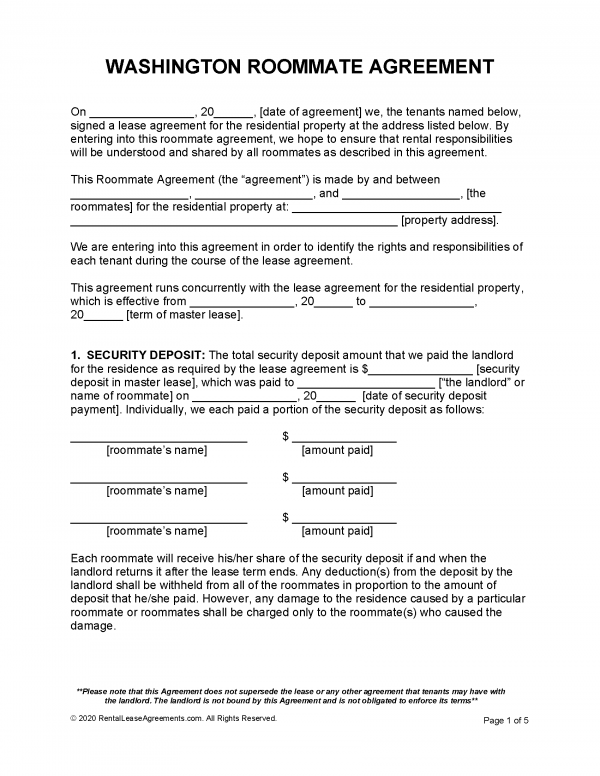